Voluntarily Quit a Job? How It Can Impact UI Benefit Eligibility

Voluntarily Quit a Job? How It Can Impact UI Benefit Eligibility 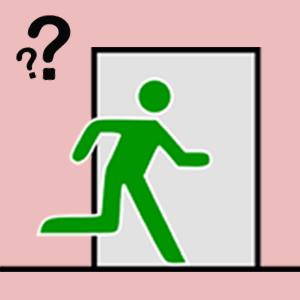 Every employer should understand that each state has its own laws regarding unemployment insurance (UI) benefits.

All states interpret quitting a job differently. For instance, the NJ Department of Labor and the courts interpret the language “attributable to the work” to mean that a person is disqualified, unless something at work caused the person to stop working.

“Good cause attributable to the work” means a reason that is directly related to the job, a reason that was so compelling, that any reasonable person would have also made the same decision to leave their position.

The unemployment office must look at each case separately because every work situation and worker is different. The expectation is that the employee would have acted reasonably to try and keep their job, not to put up with unreasonable working conditions.

An employee could leave a company for personal reasons and because of that, they may be subject to disqualification from their UI benefits. Depending on the State, the Department of Labor can define “personal reasons,” differently.

This is a list of typical personal reasons an employee leaves a company:

Leaving One Job to Take a Better Job

When an employee resigns from one job to take a better job, it may change their UI eligibility if the second job doesn’t work out.  For instance, if they are separated from the second job before they have worked long enough or earned enough to establish new unemployment claims, they may not be eligible.

Some people believe that if an employee resigns from their job voluntarily, they cannot collect UI benefits and if they are terminated, they can collect benefits. These notions are obviously not true. It is possible for someone to voluntarily quit a job and collect benefits and it’s also possible for someone to be discharged and not be able to collect UI benefits.


There are many factors that go into deciding UI eligibility after someone leaves their job for a better one. For example, recent NJ state law states that an employee will only be eligible to receive UI benefits if:

Whatever the circumstances, it’s important to consider the reasons why an employee has left your company and what impact that may have on their ability to collect UI benefits. It’s always wise to consult with a third-party that can help manage the UI process to avoid the possibility of legal mistakes or complications.