What Issues of the Presidential Election Can Impact Unemployment Claims

What Issues of the Presidential Election Can Impact Unemployment Claims 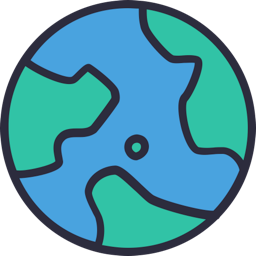 The Presidential Election and Unemployment Claims

With the change of seasons, the leaves turn amazing colors and pumpkins are everywhere, but this year also brings about an important presidential election.

Although the true impact of the election on unemployment insurance (UI) and unemployment claims has yet to be clear, the shifts in economy have been significant since UI was first introduced (1935). For instance, more women today are working full-time, brand new industries have emerged, and employers have developed new ways of organizing and executing work.

Here’s a quick summary of each candidate and the issues that surround unemployment insurance:

According to Trump’s campaign, his economic plan would create 25 million new jobs by imposing increased tariffs on China, Mexico, and other trade partners. Trump claims to also make moves that will help grow the economy at an annual rate of at least 3.5 percent.

As for the potential for a minimum-wage increase, it is uncertain how Trump’s campaign addresses this issue. At an initial press conference, Trump stated he thought federal minimum wage should be $10 an hour. Before that, in a “Meet the Press” interview, Trump said he didn’t think the federal government should set a minimum wage floor, that it should be left up to states.

Without stating exactly how it will be executed, Trump’s campaign has goals to eliminate unemployment insurance fraud and use those savings to pay for extended, paid maternity leave.

The Clinton campaign focuses on Millennials, who entered the workforce during one of the worst recessions in our nation’s history – they make up one third of those unemployed.

Clinton aims to launch a $20 billion initiative to create millions of new job opportunities for young Americans—including jobs and apprenticeships. Clinton has also proposed a new $1,500 tax credit for employers that create apprenticeships and additional incentives for youth hiring.

Clinton’s campaign stated their goal is to raise the minimum wage to $12 and maybe even $15. This proposed change comes with the stipulation that the increase would be phased in gradually and further evaluated in the areas of the country with lower costs of living.

No matter the results of the election, it’s important to have a hold on what’s expected when unemployment claims need to be implemented. With all of the potential changes to the law, it’s wise to hire a third party company to help employers understand the unemployment claims process and everything that is expected.