How Video Evidence Helps You at Unemployment Insurance Hearings

How Video Evidence Helps You at Unemployment Insurance Hearings 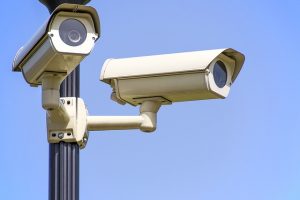 Digital video technology has helped to advance just about every industry. Employers have now seen the value of having video cameras for security and surveillance purposes, but there is another advantage they have that is often overlooked.

The use of video evidence has become more prevalent in unemployment insurance (UI) hearings. Employers have the upper hand when they introduce video surveillance in court. It can prove or disprove an employee’s actions and it could definitely impact the results of an unemployment hearing and employee termination procedure.

For example, a middle-aged woman entered a coffee shop with a trash bag of her belongings. According to the manager, she came in yelling expletives and began to ransack the merchandise shelves near the coffee bar. The manager called security and a male security guard promptly escorted the woman out of the coffee shop.

During the UI hearing, the employer played security video footage of the incident which showed the security guard had actually shoved the woman onto the street where she could have been hit by oncoming traffic.

After the judge had reviewed the video evidence, he was able to reverse his initial decision to award benefits to the claimant. Had the video not been presented, the claimant’s testimony would have been accepted because the employer did not have a first-hand witness.

Here are some guidelines on how to use your security cameras in the best possible way:

It’s clear employers can really benefit from video evidence as it will ultimately show proof of the incident. However, the employer should always review the video internally before the unemployment hearing (and preferably before the termination) to be sure of its value.