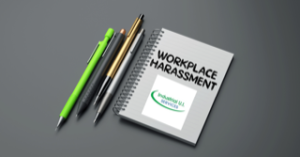 States and localities have responded to the #MeToo and #TimesUp movements by implementing sexual harassment training requirements.  The type and format of training varies by each law BUT they work toward combating the same problem, discouraging inappropriate behavior while clearly defining the best practices within the workplace.

How have things changed since 2017?  The five-year anniversary of the initial Weinstein allegations has generated intense debate over how much the #MeToo movement has achieved for women in the workplace:

In a new Pew survey, 70% of respondents said that people who commit sexual misconduct in the workplace are more likely to be held accountable now than compared to five years ago.

When employers mishandle harassment issues, productivity decreases and turnover increases.  Effective trainings identify unacceptable behavior and specify the steps to address it. Your employees want to feel safe at their workplace and confident that you’ll address their complaints.  After your annual anti-harassment training, the employees at your company should understand the process while feeling protected and reassured their claims will be taken seriously.

Start by demonstrating support from the top, then put your values into practice with practical, interactive anti-harassment trainings.  Trainings from IUI take place on-site or virtually, depending on your location and needs. Not only do we handle the training for you, but we are able to customize the training to your organization’s exact needs. We will also give you the necessary documentation to keep your company in compliance.

Industrial U.I. Services (I.U.I.) is a nationally recognized leader in Unemployment Insurance Cost Control and Human Resource Services. I.U.I. is proud to provide personal service by staff fully knowledgeable about the particular laws of each state in which its clients do business, from the inception of the UI claim through the entire hearing and appeal process. The Human Resource services include employee handbook development and implementation, policy development, management training including diversity equity, and inclusion (DEI), anti-harassment and compliance, and other vital and necessary HR support services.