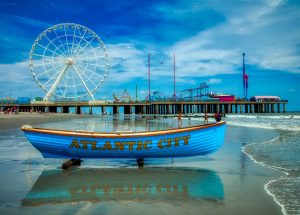 As Industrial UI had previously advised our clients, in March of 2021 President Biden signed the American Rescue Plan Act (ARPA), which included extending unemployment insurance relief at the federal level.  The federal government extended its UI relief package to include relieving 75% of UI benefits charged to not-for-profit reimbursable employers through 9/6/21.

The New Jersey Department of Labor had previously advised that contributing, tax-rated employers would receive relief of UI charges, which would normally affect their future tax rates, from 3/9/20 through 12/31/20.  The New Jersey Department of Labor did not initially address relief specific to not-for-profit reimbursable or governmental employers. Until now, those employers were covered only by federal legislation that initially relieved 50% of UI benefit charges beginning 3/14/20 per the CARES Act, and increased to 75% with the enacting of the American Rescue Plan Act.

The New Jersey Legislature passed, and Governor Murphy signed, P.L. 2021, c.143 on 7/1/21.  This legislation provides relief from benefit charges to reimbursable employers, and the tax rates of contributory employers will not be affected by benefits paid beginning 3/9/20, during the time of the public health emergency and state of emergency were in effect.  On 6/4/21 Gov. Murphy announced the conclusion of the public health emergency.  Federal relief for reimbursable employers will continue at 75% through 9/6/21.

Monies already paid by employers during these covered periods will be refunded or credited towards future liability on the employer’s account.

Handling the unemployment insurance process can be challenging.  Industrial U.I. has helped employers control their costs for over 50 years.  Contact us today to learn more about our unemployment tax services.