Remote Workforce In Another State? Taxes May Get Harder For Some Companies

Remote Workforce In Another State? Taxes May Get Harder For Some Companies 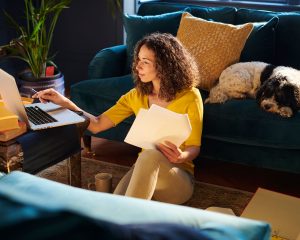 In today’s post-pandemic workforce, many employers have either allowed their workforce to remain remote or have begun hiring more geographically diverse employees and allowing them to work virtually on a permanent basis.  During the pandemic, the States gave employers a lot of latitude by allowing them to treat their employees in the state(s) they always had, but now that these roles are becoming permanent, the States are becoming stricter on their enforcement of rules regarding the tax status of remote, multi-state employees.  States are now forcing employers to treat them as employees of the states where they are performing services.

Because every state administers its own UI law, there needs to be a consistent way of applying the law across state lines, so that each State applies the same standards to determine which state receives its UI tax dollars, and which state law applies when a person becomes unemployed and files a claim.  Below is a description of the four tests used to determine which State to treat the employee.  There are several factors that could also complicate matters such as if they work in multiple states (salespeople) or if the employer is a non-profit organization, and we’ve broken that down as well.

The law has four tests to determine which state’s laws would apply (and of course where taxes should be paid). They are, in order of importance:

Let’s look at each one:

Based on the above tests, if the person is determined to be an employee of a state for which you don’t currently pay UI taxes, you would need to “establish liability” by registering as an employer in that state and report quarterly wages as you do in your current state(s).

As mentioned above, there are several other factors to consider:

Contact us today to see what (if any) UI liability you may have for your remote workforce.

Industrial U.I. Services (I.U.I.) is a nationally recognized leader in Unemployment Insurance Cost Control and Human Resource Services. I.U.I. is proud to provide personal service by staff fully knowledgeable about the particular laws of each state in which its clients do business, from the inception of the UI claim through the entire hearing and appeal process. The Human Resource services include employee handbook development and implementation, policy development, management training including diversity equity, and inclusion (DEI), anti-harassment and compliance, and other vital and necessary HR support services.