What the New Definition of Misconduct Means for New Jersey Employers

What the New Definition of Misconduct Means for New Jersey Employers 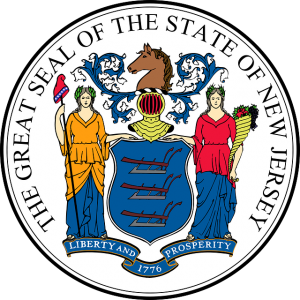 The three previous types of misconduct were:

Governor Phil Murphy signed this new bill on Friday, August 24, 2018, so the disqualification for severe misconduct has now been eliminated and the distinction of simple misconduct has also been removed.

The new State of New Jersey definition of “misconduct” is:

An individual’s failure to meet standards regarding quality or quantity of work shall not be considered misconduct unless the employer demonstrates to the division that the standards are reasonable and that the individual deliberatively performed below the standards.  “Misconduct” does not include advertence or ordinary negligence is isolated instances, or inefficiency or failure to perform as the result of inability or incapacity.

Tax-rated employers who have not elected the benefit reimbursement method of paying for UI costs, will still be relieved of charges, even if a claimant collects benefits after the expiration of the disqualification period. This means it’s still worthwhile for those employers to challenge misconduct UI claims. A benefit reimbursement employer, however, will be charged for all benefits paid to former employees after expiration of the five-week disqualification period.

This may seem unfair to those not for profit employers, but the state’s rationale is that the “general fund” that funds the benefits to claimants that are not charged to the employer is funded by tax-rated employers.  It is still essential to challenge misconduct claims.

Note that the law on voluntary leaving has not changed, as it relates to chargeability for UI benefits.  Employees who quit without good cause related to the work are permanently disqualified until they return to work for a substantial period of time and then lose that new job under non-disqualifying circumstances.  Therefore, it still is critical for both tax rated and benefit reimbursement employers to review each separation to determine how to respond to any claim for UI benefits, as classifying a claim as quit as opposed to a discharge may have a significant impact on subsequent unemployment insurance charges.

The UI process is complex and much of this information can be difficult to interpret.  It’s always wise to consult an expert on UI changes, like Industrial U.I. Services.  We’ve been helping hundreds of employers navigate the muddy UI waters and we can offer our assistance at any level necessary. Contact us today to learn more about our services.