Back to COVID News 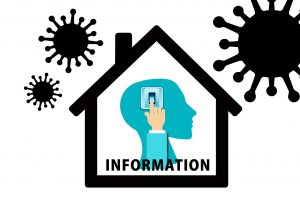 Unemployment Insurance claims filed across the country exceed 22 million since mid-March. Industrial UI Services/Unemployment Cost Control have received record numbers of claims (by a wide margin!) over the past two weeks. New York in particular has experienced weeks-long delays in mailing out claims. Given the sheer volume of claims we will be sending lists of new claims much more often, as its important to respond timely to the departments of labor.

Our research shows that there is much unconfirmed speculation, being passed on as factual, by various news agencies and lobbyist groups, regarding the eventual economic impact to employers as a result of the current pandemic. The federal government has granted leeway to the individual states regarding employer tax accounts and potential relief of benefit charges, etc. A few states have made the decision to relieve the accounts of tax-rated employers for benefits charged due to the pandemic. States such as Ohio, Pennsylvania, Massachusetts, and Connecticut have announced that tax rated employers will not be charged for benefits paid if an employee becomes unemployed due to COVID 19, but benefit reimbursed employers have not yet been granted similar relief. Many states, including NY and NJ, have yet to address the issue, but we will send information as it becomes available.

Many issues of unemployment eligibility vary on a state by state basis. How issues such as availability for employment, good cause to quit as a result of fear of the COVID 19 virus, etc. will be treated is not clear in most states at this time. We hope that much of this uncertainty is resolved in the next few weeks.

Please click here for an attached chart herewith with the most updated information that we have available on a state by state basis. It should be noted that information in various states is literally being updated or revised on a daily basis, and many of the changes are administrative interpretations that are not always immediately publicized, so the information contained on the chart should be used as a guide only and is not necessarily the final determination on the issues addressed.

We realize that answers to these questions may be key in planning furloughs, recalls, etc., and we will certainly update our clients as decisions are made.

The unemployment websites in many states have been over-extended and resulted in difficulty for claimants attempting to file claims. States including NY have updated their sites with greater capacity. We have heard anecdotally that claimants were told that they would be called back within 72 hours if there were questions about their claim, rather than having to call a number that was always busy. This has not been happening due to the sheer volume of claims – rather claimants are getting robo-calls indicating that they will be called back at a later time. Many state employees are working and calling from home and the caller ID on the phone call received is from a private number. Claimants are understandably reluctant to discuss personal information with someone whose identity they are unable to verify, and should be very cautious about releasing information without validating the caller’s identity. For any of your employees having difficulty navigating the system, our advice is to keep calling the department of labor.

We hope you all are well. We look forward to our lives returning to normal in the not too distant future!